TOYOTA GAZOO Racing is delighted to announce that Finnish driver Juho Hänninen and his co-driver Kaj Lindström will compete in the 2017 FIA World Rally Championship. 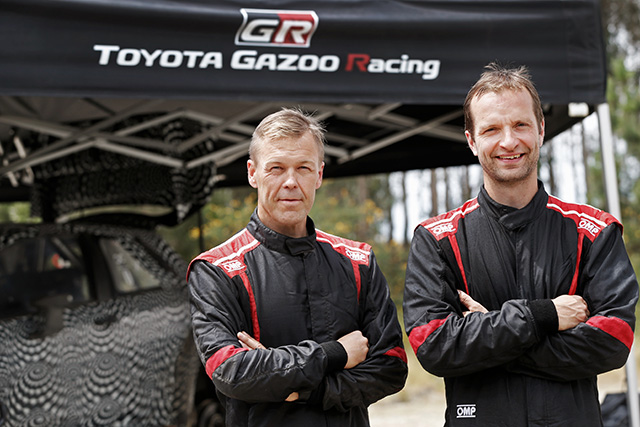 Led by four-time World Rally Champion Tommi Mäkinen, the TOYOTA GAZOO Racing WRC team has been working around the clock and racking up the miles in the Yaris WRC since the beginning of the year. Involved in the intense development program as the official test driver, Juho Hänninen has a good understanding of TOYOTA GAZOO Racing's goal―making ever-better cars―and was the obvious choice to work with during the Japanese brand's first season competing in the FIA World Rally Championship. He has signed a one-year contract, with an option to extend beyond 2017.

After winning the Intercontinental Rally Challenge championship in 2010, Juho built on his success by claiming the FIA S-WRC title in 2011 and then becoming European Rally Champion the year after. He took part in the top category on various occasions in 2013 and 2014, delivering impressive performances at events such as Rally Sweden, Rally Poland and Rally Finland. He will be completing a full programme with the TOYOTA GAZOO Racing WRC team in 2017, alongside co-driver Kaj Lindström.

"This really feels like a dream come true!" noted the Finnish driver. "Joining a works team with such potential for a full season is a real opportunity for me. We have been working together since the car's first outing, so that makes it all the more exciting and motivating. The Yaris WRC is incredible. I can't wait to get started at the Rallye Monte-Carlo!" 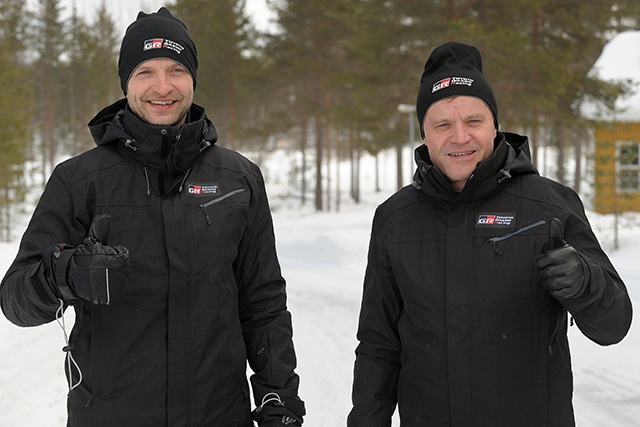 Tommi Mäkinen, TOYOTA GAZOO Racing WRC Team Principal, was pleased with the choice of Juho, reiterating that the 2017 season would be first and foremost a learning experience for the entire team. "When he joined the team, Juho was incredibly motivated and involved," said Mäkinen. "He also understood very clearly that we didn't want to cut any corners and that the 2017 season would be about coming to grips with the championship and learning. He has quite a lot of experience in World Rally Championship, and I'm sure that because he has developed the Yaris WRC from the beginning, he knows the car best. Therefore, it seems to be the perfect combination to me. I know that everyone in the team will do their very best to ensure that all the energy and hard work spent on this project over the last few months bring us success."

Koei Saga, chief officer and technical director of TOYOTA GAZOO Racing Factory, and also TOYOTA GAZOO Racing WRC Team Vice-Principal, made the following comment: "I am delighted that Juho will be part of the team for the 2017 season. Juho has been involved in the development of the Yaris WRC since the start of the project. We are looking forward to working together with him as we target a podium finish at the earliest possible opportunity and continue to strive to make ever-better cars."