Toyota City, Japan, October 16, 2019―Toyota Motor Corporation (Toyota) unveiled the new model Yaris*4 to the world. The new Yaris is scheduled to go on sale in Japan starting in mid-February 2020*5. It will be exhibited*6 at VenusFort in Odaiba, Tokyo during the Tokyo Motor Show 2019. The new Yaris will also be displayed in showrooms throughout Japan from the end of October to December.

The first-generation Yaris was created in 1999 as a car that would serve as the global standard for compact cars by enlisting the full portfolio of Toyota's technological prowess. Toyota re-designed the platform and all major components, including the engine, transmission, and suspension to achieve generous cabin space and outstanding basic performance in a minimum size.

The new Yaris has been developed in pursuit of new value sought in next-generation compact cars. The new Yaris is a new-generation compact car that adopts the TNGA*1 platform, on which Toyota will base its compact cars for developed countries in the future, and features components built entirely from the ground up, including the engine, Hybrid System, transmission, and suspension. In addition to the light yet highly rigid body and low center of gravity, the Yaris is offered with four different powertrains to deliver agility, superior comfort, and smooth and direct acceleration

Drivers will be able to experience the pleasure of a brisk ride.

In addition to pursuing Toyota's ongoing goal of developing the world's highest level of fuel efficiency for a hybrid vehicle, the new Yaris is offered with E-Four (electric four-wheel drive system), a first for a Toyota compact car. Toyota is among the first to adopt an array of advanced features that defy the common hierarchy based on car size, such as Advanced Park*2, Toyota's advanced parking support system (a first for a Toyota vehicle); the latest Toyota Safety Sense, which has been expanded to detect oncoming cars when turning right at an intersection and pedestrians crossing the street when turning right or left; Turn Tilt Seats*2 (equipped by Toyota for the first time) which facilitate entering and exiting the vehicle; and Display Audio (standard on all models), which can connect with smartphones.

Chief Engineer Yasunori Suezawa, in charge of development of the new Yaris, explained, "This marks the 20th year since the first Yaris debuted, so we wanted to build a new-generation compact car that goes far beyond customers' preconceptions about class by building on the strengths of the Yaris as a compact car while revamping the platform, powertrain, and all other components. Compact cars are driven by many people, so offering a pleasurable drive was a priority, but it also prompted us to use the Yaris as the starting point of cars with the world's highest level of fuel efficiency and secure safety technology."

The new model Yaris is Toyota's first car to adopt the TNGA*1 platform (GA-B) for compact cars, which features a body developed to be lightweight and highly rigid with a low center of gravity. The platform achieves both superior handling stability and a high-quality ride by shedding 50 kg in vehicle weight*7 compared to the conventional model, increasing torsional rigidity by at least 30 percent, and lowering the center of gravity by 15 mm. It also delivers driving performance beyond its class by being agile yet Confident and Natural (the vehicle remains stable while driving yet responds naturally to the driver's intentions).

Eyes On the Road Concept

All models come standard with a high-mounted Display Audio (DA) and Head Up Display*2 (HUD) to reduce driver eye movement. The layout allows the driver to concentrate on driving and reduces fatigue.

Offered in 12 colors including the newly developed Ice Pink Metallic*2 and Coral Crystal Shine*2. Also available in a total of six two-tone color schemes paired with either a black or white roof color.

The clutter-free interior provides a spacious and comfortable atmosphere that allows the driver to concentrate on driving. The thin cross section of the instrument panel gives it a wide impression which, together with the small diameter of the steering wheel, makes the cabin feel more spacious and sporty.
Various features were adopted to express the quality of a higher class interior, including hood-less dual digital TFT meters*2 (adopted by Toyota for the first time) and a soft instrument panel*2, as well as a wider console and increased storage space.

Toyota also added Low Speed Acceleration Control*8 (adopted by Toyota for the first time) to support the prevention of collisions caused by pedal misapplication at time of reduced speed. This uses millimeter-wave radar and a mono camera to recognize bicycle riders and pedestrians immediately in front of the car. This control helps prevent collisions and mitigate damage by suppressing the engine output or by lightly applying the brakes to suppress acceleration if there is an object in front of the car and the accelerator pedal is depressed with excessive force when starting from a standstill or during low-speed operation.

The new Yaris is equipped with a Secondary Collision Brake, which contributes to mitigating the damage caused by secondary collisions. The Secondary Collision Brake and the brake lights are automatically activated if the SRS air bag sensor detects a collision and activates the air bags. This decelerates the vehicle to mitigate damage caused by secondary collisions.

This mechanism memorizes the driver's seat position using manual operation. Passengers can enjoy a comfortable ride, including in the rear seats, and let the Easy Return Seat function do the work when entering and exiting seats.

This mechanism makes it easy for the driver and front passenger enter and exit the car by rotating the seat and tilting it. This facilitates entering and exiting the vehicle by passengers wearing a skirt or kimono and supports those with back pain or low muscle strength. 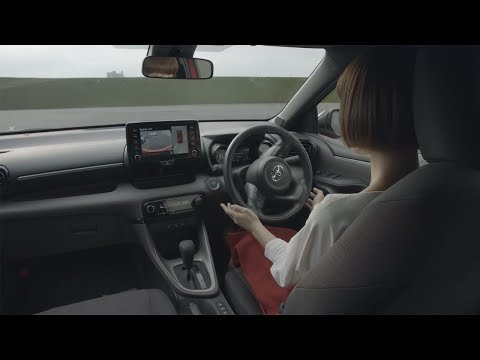 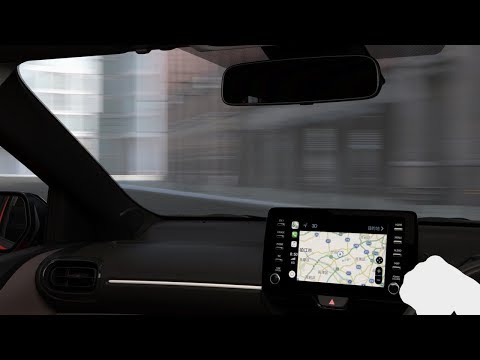 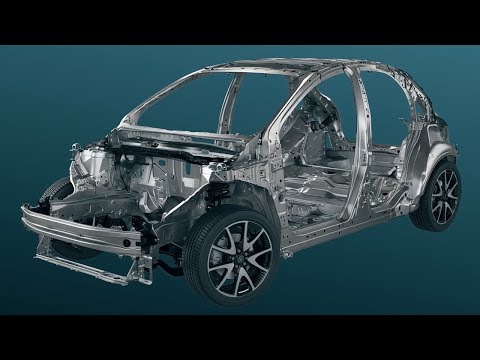 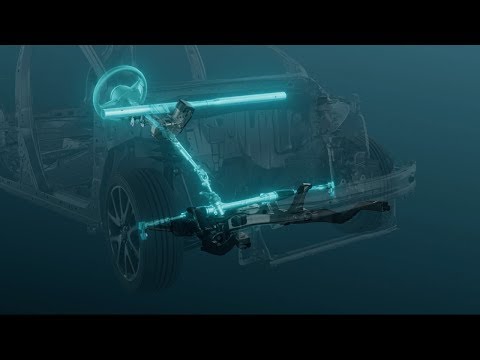 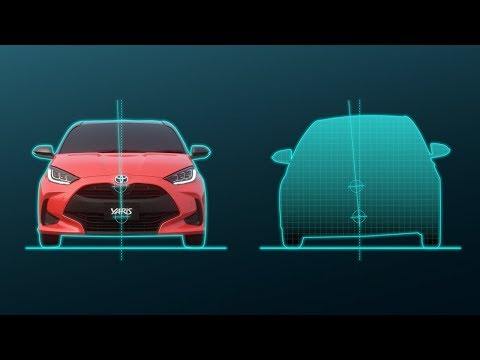 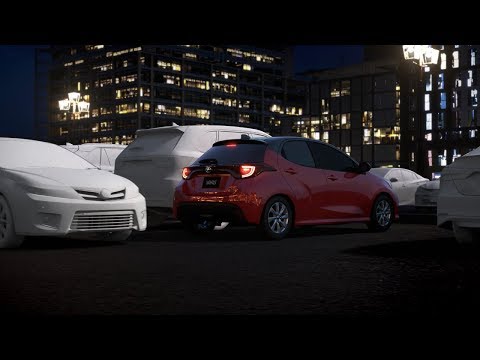 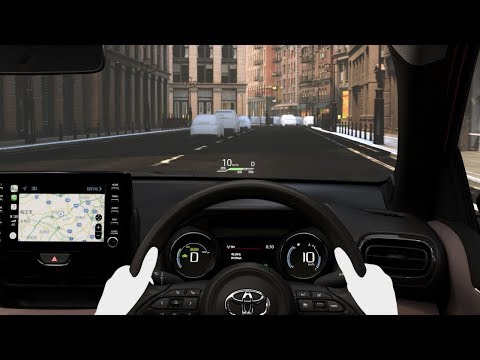 Eyes on the road 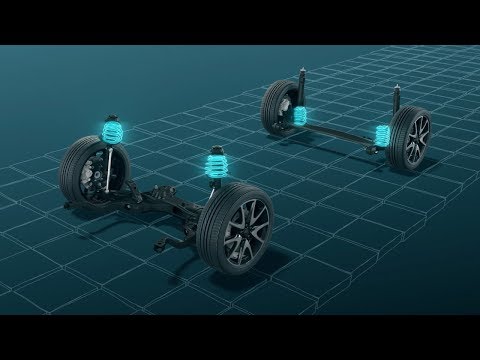 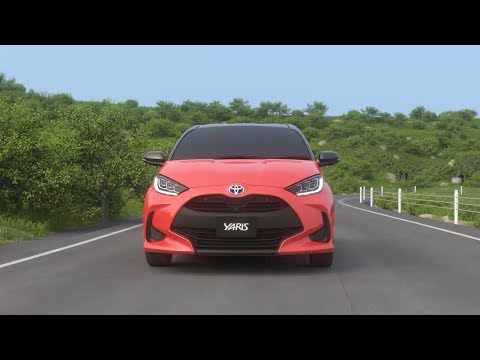