Toyota proudly presents the world premiere of the new "GR Yaris" at Tokyo Auto Salon 2020 to be held from January 10 to 12 in Makuhari Messe, near Tokyo Japan.

TOYOTA GAZOO Racing (TGR) has been developed people and cars by driving the world's roads, competing in a series of demanding races in a variety of categories. What's more, we reentered the FIA World Rally Championship (WRC) in 2017. TGR claimed five wins in the 2018 season and took the manufacturer's title and Driver's and Co-driver's title in the season of 2019.

TGR announces the arrival of an all-new sports car―a car that incorporates all the technologies, knowledge, and experience learned from WRC.

Toyota's president, under his TGR Master Driver code name "Morizo," has just performed the final test of the car, pushing it to its furthermost limits. We are delighted to share the film taken of the test.

In advance of the world premiere at Tokyo Auto Salon, the car will be camouflaged in the signature red-black-and-white TGR colors, and will make its first official dynamic appearance at the Japan TOYOTA GAZOO Racing Festival 2019 on December 15.

Further details of the car's specifications will be announced in due course. 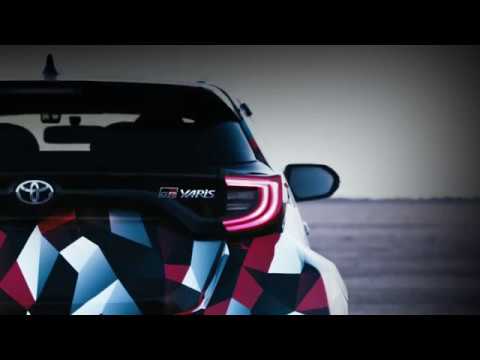