With "Let's discover the potential together!" as its concept, the TOKYO A-ARENA PROJECT is intended to become a place integrating and unleashing a wide range of potentialities, particularly in the areas of sports, mobility, and sustainability, with cooperation from various partners.

Based on the concept of "Let's discover the potential together!" the letter "A" was included in the name to incorporate numerous ideas.

I have been saved by sports many times. In the 13 years since I became president, there hasn't been a time I could say was peaceful. Throughout it all, however, it was athletes who encouraged me. Those athletes bearing the Toyota name on their backs always expressed gratitude for the support they received to compete, saying, "We will win!" and "Toyota will never lose." They have given their all, no matter what difficulties they faced. Whenever I saw those athletes refusing to give up, I, too, felt I had to do my best and not give up. It is no exaggeration to say that Toyota overcame many hardships thanks to the support that sports have given us.

So, how can we return that favor? I have never forgotten that question, and that is what led Toyota to support the Paralympics. Toyota became an IPC partner in 2015 and launched a program to support Para-athletes. Last year, when the Paralympic Games were held, we heard messages of gratitude from Para-athletes who were able to continue competing because of that program, and once more, it was athletes encouraging me. I believe that sports have the power to give us all courage. Listening to those Para-athletes, I again realized the massive power of sports to expand human potential.

This new arena project incorporates two ideas of ours. The first is to show "gratitude to sports and athletes." The second is to give "continued support to people who push their potential."

This arena will become the new home of Alvark Tokyo, Toyota's basketball team, but we hope it will also become sacred ground for all kinds of other competitions. We hope that it will also provide power to parasports and competitions with a low number of competitors, low recognition, and few supporters.

I am confident that when people can see, first-hand and close-up, competition with athletes they have never seen before, seeking to set new records never before achieved by humankind and opening up new potentialities, and actually succeeding in that, many people―including us―will feel encouragement and joy.

The TOKYO A-ARENA PROJECT starts today, and we hope to connect with many people who share and support our ideas in the future. I hope we can make this a sacred ground for athletes who push their potential while sharing ideas with everyone. Thank you for your support.

We are looking for partners who will support the project for the opening of the arena.

Please send an e-mail to the address below with the name of your company/organization and your inquiry. The appropriate party will contact you shortly. 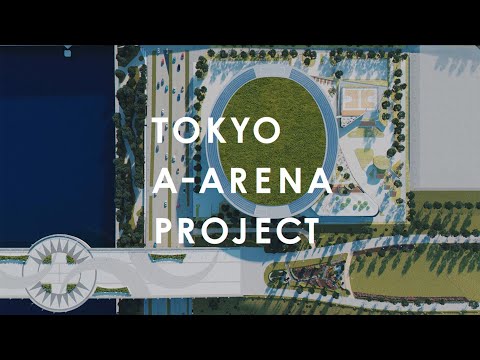