Tokyo, Japan, November 16, 2022―Toyota Motor Corporation (TMC) held the World Premiere of the All-New Prius. The video of the world premiere is available below.

Good afternoon, ladies and gentlemen, my name is Simon Humphries, Senior General Manager of Global Toyota design. Thank you very much for joining us today.

You know, with the current focus on BEVs it seems not a day goes by without hearing. "#how long are you going to keep making hybrids for...?"

So today, I'd like to talk about Toyota's new hybrid car!

But maybe I can give you an insight into the passion behind the next generation Prius,... including an "interesting struggle" between Akio Toyoda, the president, and the development team, about the direction we should take.

The Prius debuted in 1997, and as you well know, its name comes from the Latin word for "pioneer".

Since the launch of the first-generation Prius, Toyota has sold a total of 20.3 million hybrids globally.

Japan has reduced its CO2 emissions by 23% compared to 20 years ago, a high level by international standards.

In North America, Toyota alone has sold more than 5.2 million hybrid vehicles and reduced emissions there by approximately 82 million tons.

However, the Prius' greatest achievement is not only in those numbers. Rather, that it opened up to a viable alternative to gasoline and diesel.

Since then, hybrid technology has been adopted and developed, not only by Toyota, but by the entire automotive industry. The Prius opened the door to a different way of thinking.

And here in 2022, times have changed. Not a day goes by without talk of the road to carbon neutrality.

But, in addition to hybrids, BEVs are also achieving major technological breakthroughs and solidifying their position as the standard for the future.

As Akio san stated at the BEV event a year ago, "an EV for everyone", Toyota has embraced BEV as a critical part of our product portfolio.

We have started to introduce a full lineup of exciting electric vehicles, that meet the diverse needs of our global customers together with hybrid, plug-in hybrid, and fuel cell technologies.

But as Akio says, "BEVs are an important solution, but they are not always the best option for everyone. In a diversified world, we need a variety of options".

However, despite these explanations, we're still faced with people asking "how long are you going to keep making hybrids for...?"

In the face of this, Akio was adamant that, "The Prius is a model that must be kept".

Simply because the Prius is an eco-car within everyone's reach. In order to achieve carbon neutrality, everyone in the world must participate. We need ecological solutions within reach of the many.

And it needs to start today, not tomorrow.

Toyota believes that eco-cars can only contribute to the environment if they are popularized. and from that point of view the Prius is a car for the majority. It is a car to be driven by all people, not just a few. That is its greatest strength, and the reason for its existence.

And the reason the Prius brand should not be lost. Although everyone in the development phase agreed to these goals, the methods to achieving them were hotly debated.

Should the next Prius be focused on becoming a "Commodity" or something to "Love" Akio san proposed that the Prius should evolve toward becoming a true "commodity".

Why don't we make the next Prius a taxi? By increasing the number of Prius' in heavy use, long mileage situations, then the contribuion to the environment increases together with volume.

He also proposed to sell the Prius as an OEM vehicle through other manufacturers, taking the environmental technology of the Prius, which has been cultivated over many years, and not limiting it to just the Toyota group, but rather to take it beyond the boundary of a single manufacturer.

But on our side, we also believed there was another way.

We wanted to make a car that people would choose not only for its rational benefits, but also its emotional experience.

Without a doubt, pursuing rationality, fuel efficiency, and other numerical values, imposes many restrictions, and makes designing the car no easy task. However, we really believed that that the next step for Prius was to become a "car without compromises" in order to increase its appeal to the customer.

A car that is loved, not only for its numbers.

I honestly don't think Akio thought we would be able to achieve this, given the difficulties we had faced in the past.

But he did not oppose us, On the contrary, he gave us a chance to fight.

saying our team's choice of love instead of commodification was "interesting".

When he saw the final design, he said, "That's cool!"

Together, we chose love. Ladies and gentlemen the new Prius.

We hope there will be many reasons to love this car, but here are my top 5!

Number 1, its beautiful... Or at least I'd like to think so!

So what has changed this time? I think it was a mutual understanding that good design cannot be created by designers alone. The engineering team's efforts to lower the ride height, lengthen the wheelbase, and increase the tire size to 19 inches are not exactly logical. but because of that we were able to take the iconic silhouette of the Prius to the next level.

Its not only sleek, its strong and stable, its not only bold and simple, its full of surface movement, it's got attitude! But its not just design that triggers an emotional response.

The plug in will deliver unparalleled performance thanks to the dual synergy of motor and engine.

It can accelerate from 0 to 100 km/h in 6 seconds... Its range in EV mode has been extended by more than 50% compared to the current vehicle. In many average usage situations it is, to all intents and purposes, an EV.

The TNGA platform has matured and the driving dynamics will not let you down.

We have achieved a lower center of gravity, even with large diameter tires. By increasing the rigidity of the body, we have achieved firm and stable response in straight lines and easy line tracing in corners according to the driver's intention.

Combined with the latest powertrain, the result is an even more captivating driving experience.

And in this day and age, the importance of the digital experience should not be ignored.

Not only has a 12.3-inch center screen been adopted, but the layout is such that the digital environment enhances, rather than detracts, from the driving experience. Combined with high material quality and innovative illumination, we have also made the interior user experience a captivating one.

Number 5, and "yes" it is still the most efficient hybrid vehicle in its class, in the world.

You can be safe in the knowledge that all the exciting stuff has not come at the expense of actively contributing to carbon neutrality.

The road to zero emissions is certainly a steep one. But we must not forget that we are doing it for the sake of the earth. Beyond zero, a brighter and happier future awaits all of us.

But that journey has to start, not only today, but also with the maximum number of active participants.

Whether it is battery electric, plug-in, fuel cells, hybrids, hydrogen or some yet-to-be-discovered technology, we will make every effort to offer better solutions for the majority of people around the world.

Will commodities or love prevail? That's something only the customer can answer.

How do you guys think this match will go?

Personally, I look forward to seeing people around the world enjoying, and growing to love, the new Prius. 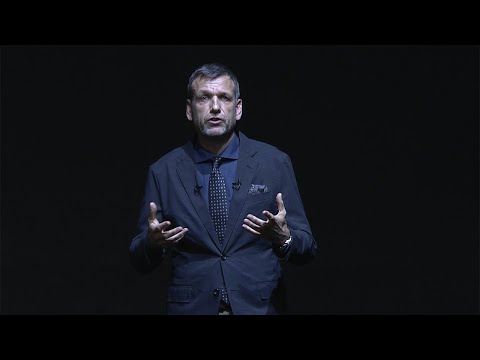 Livestream of the All-New "PRIUS" World Premiere on November 16