Making the Hilux a Trusted Partner 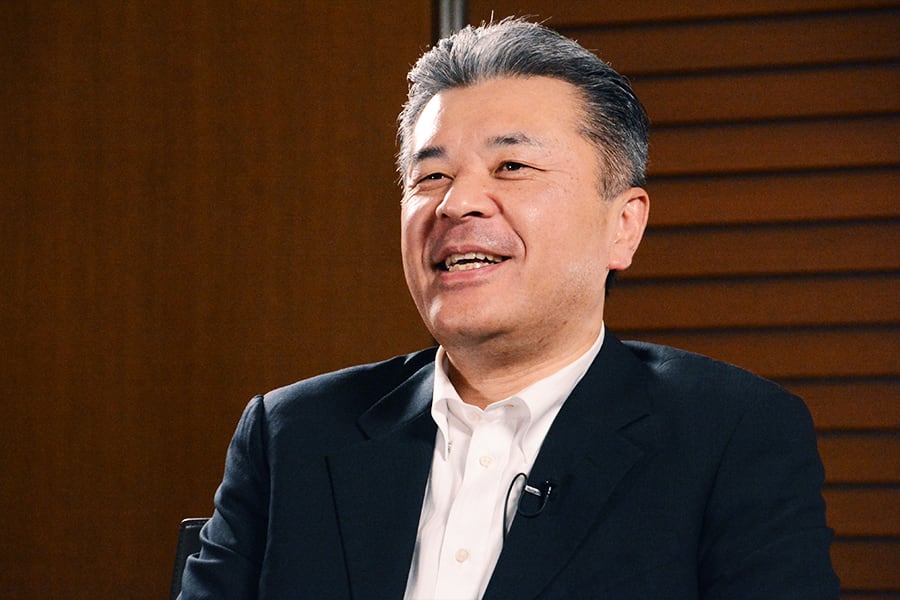 "When I met one owner who uses the Hilux for commercial purposes, I was struck by his statement that 'the Hilux is an important partner to me,' giving the body of the vehicle a pat as if he were standing alongside a colleague."

As someone who worked on the layout of the Crown, Mark X, and Harrier, as well as serve as the chief engineer for the iQ, I developed mainly passenger cars in developed countries, so was quite surprised to be appointed chief engineer for the Hilux. If truth be told, I had not ridden much in the Hilux, a small truck sold globally with a focus on emerging nations, which have a lot of unpaved roads. Along with the Crown, Corolla, and Hiace, the Hilux is a Toyota vehicle with a long and storied history of strong support from customers, and the issue was whether the Hilux should continue its current trajectory as a small truck or seek new value. I believed my mission to be to combine superior driving experience, comfort, and above all the feeling of high quality―since, after all, the "lux" in Hilux stands for luxury―accumulated over many years through the development of passenger cars that are tough, resilient, and high-quality to create the pickup truck of the future.

Against this backdrop, what I set out to do was "destroy and create" while paying due respect to history. To that end, I decided to start completely from scratch and develop everything anew including the platform, engine, and transmission. We also went into the field to see with our own eyes and in detail how the Hilux is driven and how it is used around the world. I observed firsthand how broadly the Hilux is used―people use it for work on weekdays and go camping with their families on the weekends. There are various styles of use ranging from using it like a passenger car to using it purely for work. When I met one owner who uses the Hilux for commercial purposes, I was struck by his statement that "the Hilux is an important partner to me," giving the body of the vehicle a pat as if he were standing alongside a colleague. The vehicle is not a tool, but a partner. The vehicle is not used for work, but rather plays the role as a partner in work. Until now, I thought it was important for a vehicle to look good and drive, turn, and stop reliably, but he was referring affectionately to the vehicle as a coworker. I viscerally felt the true meaning of President Toyoda's statement that "the automobile is the only industrial product that people develop feelings of affection for." I was moved to the point of seeing vehicles as objects of affection rather than just partners. I met another owner who operates a farm in South America―he drives a Lexus LS from his home to the entrance to the farm and then switches to a Hilux to enter the farm. While driving the Hilux, the owner remarked that, "The Hilux is truly a good vehicle. Noise and vibration are low, and the ride is good." What I noticed, however, is that customers adjust their sensibilities, and when they are driving on unpaved roads, they are satisfied with the performance of the Hilux. They change their values depending on the vehicle and the environment. I thought quite simply that if we could achieve the ride and quietness of a luxury car, this would help people perform their work stress-free. The direction we needed to take became clear. We would take the advances made on the Hilux even further while incorporating even more of the elements of luxury into the eighth-generation Hilux. 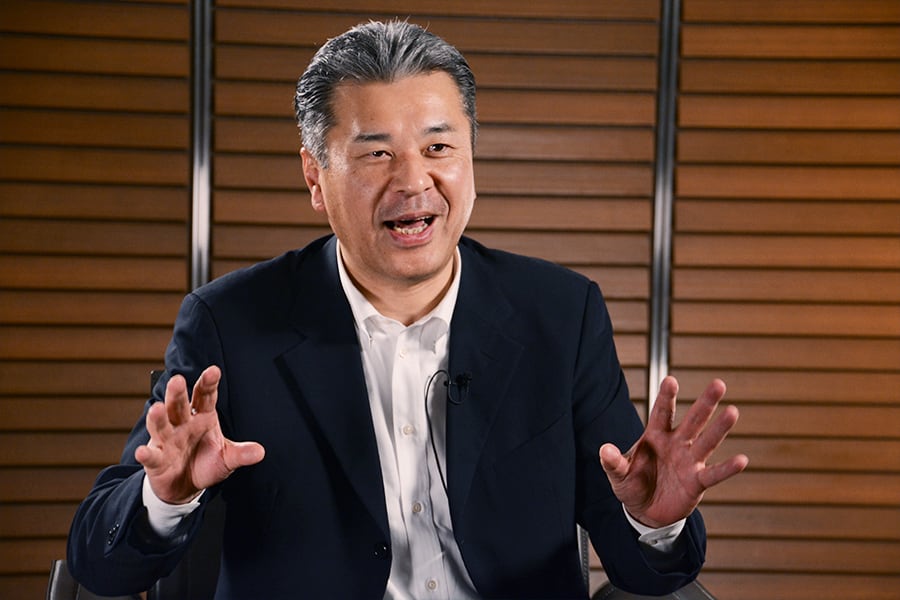 "It's a vehicle that supports people's livelihoods, and I felt that it was important that it reliably bring people home even in harsh environments such as deserts."

I had long worked in development of passenger cars, and so I was grateful for the many staff members who had extensive experience with commercial vehicles and off-road vehicles. We created ideas by individually throwing out and mixing our thoughts, rather than by integrating their experience and first-hand impressions with my experience. When the concept began to take shape, what was important above everything else was that the Hilux support life. It's a vehicle that supports people's livelihoods, and I felt that it was important that it reliably bring people home even in harsh environments such as deserts. For this reason, we returned to the Hilux's origins, made "tougher than we can imagine" the driving development phrase, incorporating the sense of redefining toughness. Normally, when directed toward customers, this would be phrased as "tougher than you can imagine," but we settled on this wording to indicate our pursuit of toughness even greater than we could imagine to substantially raise the outlook of the staff members, who had already developed the Hilux thus far with toughness in mind. In addition to enhancing the existing concepts of toughness including reliability, durability, and drivability on rough roads, reducing stress by improving quietness to make it easier for drivers to focus on driving is also an important aspect of improving toughness, and increasing fuel economy to extend range so that the vehicle can be driven on a single tank of gas to remote locations with confidence also represents a kind of toughness. I believed that adding this type of value while building on existing tradition was the key to the eighth-generation Hilux.

New Diesel Engine Breaks Away from the Norm

One development element that was important for transforming this concept into a reality was the diesel engine. Diesel engines are certainly noisier than gasoline engines. You can hear the sound of combustion from inside the vehicle while driving. Engine developers tend to start with target values such as output and torque, but I instructed them to make the engine quieter and indicated that I would leave decisions regarding the output and torque to them. They are professional engine developers, and I felt confident that they would produce an engine with satisfactory output and torque, so I presented them with the new challenge of reducing combustion noise. As a result, the newly developed GD line of engines is much quieter. If you drive one, you will find that the world of the Hilux has completely changed. In our past experience, if we had simply accepted that improvement to a certain degree was acceptable, technological advances would have come to a halt. This is not something that is limited to engines, and for an engineer, making improvements on a daily basis and taking on the challenges of making things ever-better and achieving continuous growth are important. I personally didn't see line-off of the eighth generation as the goal and continued to pursue even further improvements.

The Design Showed the Path the Hilux Should Take 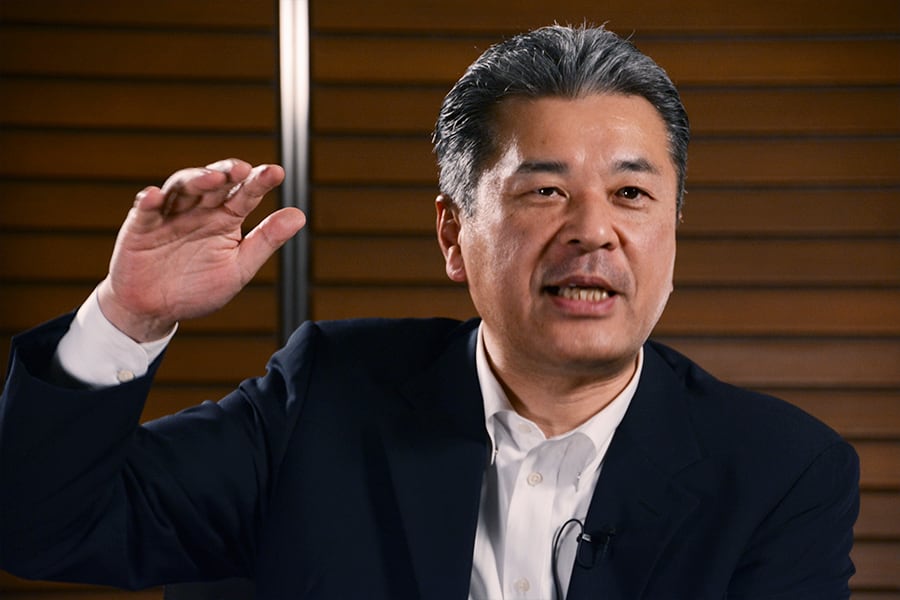 "Old-fashioned aspects of typical 4WD vehicles were eliminated and passenger vehicle styling was adopted, creating a new 4WD with an operating feel that to a certain degree provides a sense of solidity."

The designers faced the greatest difficulty in creating the eighth-generation Hilux. They wanted to express the refinement and superior quality of an SUV guided by the dual theme of "tough and emotional." The Hilux, however, is operated off-road, and as a result, there is little margin to improve the approach angle and departure angle or to modify the design of the bed, and even though the chassis is large, the canvas that can be designed is limited. Despite this, the designers insisted on a design that, when seen from the front, makes you not notice that the Hilux is a pickup truck, a design with a high-quality interior that makes you feel like you are driving an SUV, not a pickup truck. In addition, it somehow conveys a sense of being massive. The body itself conveys an impression of toughness and volume without the addition of fender covers made from a different material. The design was completed at a relatively early stage, and everyone on the team was able to view the sketches, so it was easy to form a shared world view of the eighth-generation Hilux. I thought it beneficial that we were able to align the vectors we pursued.

With regard to the interior, we were committed to eliminating the rustic nature of commercial vehicles and creating the quality feel of a passenger car. The shift lever tends to be longer in a commercial vehicle, but we made it shorter like that of a passenger car. Switching between 2WD and 4WD is performed using a dial switch rather than a lever. Old-fashioned aspects of typical 4WD vehicles were eliminated and passenger vehicle styling was adopted, creating a new 4WD with an operating feel that to a certain degree provides a sense of solidity.

Next, with regard to the suspension, we adopted a leaf spring for the rear, since cargo is carried in the bed. In some regions, the Hilux is used to transport large amounts vegetables, driving slowly over mountains to cities to sell them. Once the vegetables are sold, the owner drives the empty Hilux fast to return home. I wanted the inputs to and stability of the rear suspension to remain the same even with these changes. Until now, the stability of the Hilux when it was partially loaded was valued, but we pursued the stability and ride of an SUV when the Hilux has no cargo. The development team refined the interior quality and the ride so much that when driving the Hilux and facing forward, one can forget that it is a pickup truck.

Marking its 50th Year, the Hilux Remains a Tough Vehicle

The cargo bed is the defining characteristic of a pickup truck, and when we went out for observation at an early stage of development, I was told by one owner that the seventh-generation Hilux was not as tough as earlier generations. When throwing cargo into the bed, the wheel arch of the sixth generation was hard to dent, but the seventh generation dented easily. Looking at the data, the seventh generation was quantitatively sturdier overall compared to the sixth generation, but the part of the wheel arch that I was told had dented was not included in the areas subject to strength testing. We redefined toughness, changed the earlier evaluation criteria, increased the sites subject to strength testing, and performed detailed evaluation and testing unique to the Hilux.

Part of Toyota's history is an attempt to become the number one automaker in collaboration with dealers by using the G1 truck while making repeated improvements and learning from customers. The Hilux, which is a descendent of that truck, has evolved over 50 years while listening to the opinions of customers around the world. The eighth-generation Hilux, which I had the privilege to be in charge of, will continue to evolve under the in-house company system based on feedback from customers and repeated improvements made at an early stage. I hope that customers remain excited about the Hilux into the future. 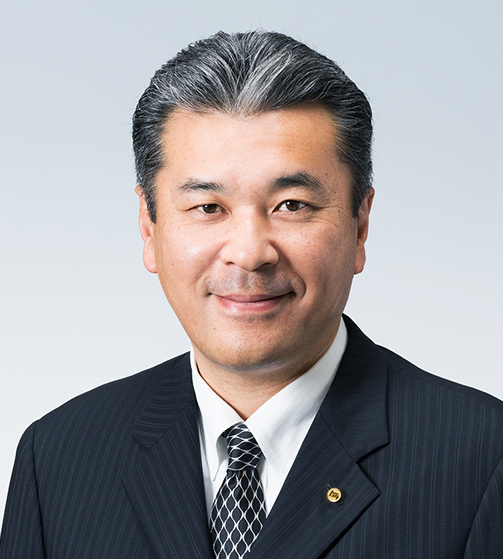 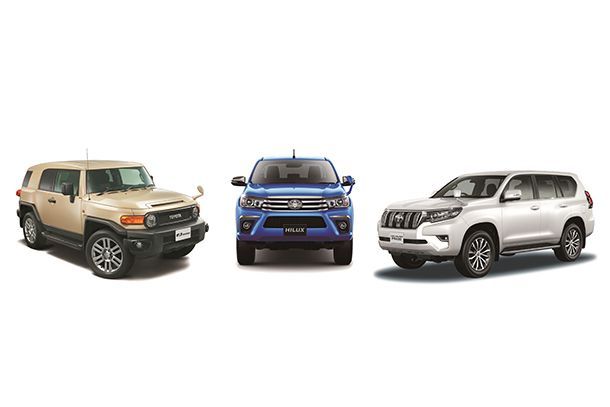 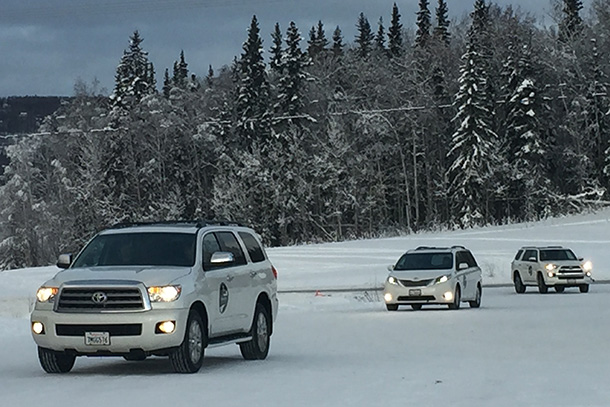 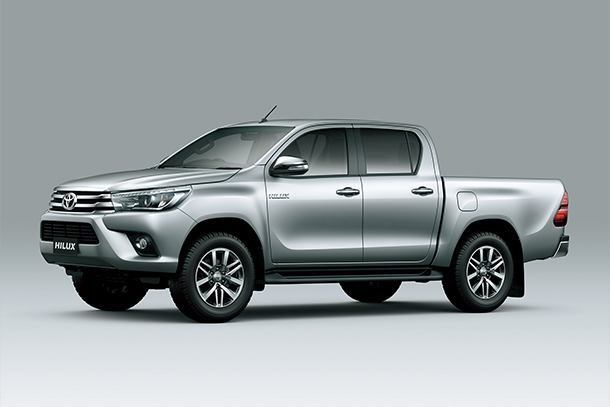 Eight Generations in, the Toyota Hilux is Redefining "Tough" 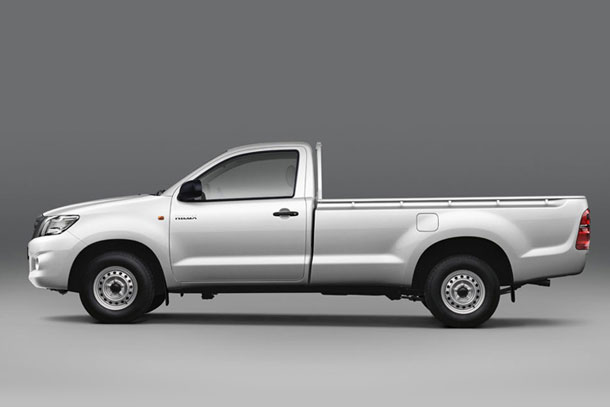