Tokyo, Japan, May 8, 2019―Toyota Motor Corporation (TMC) announced its financial results for the fiscal year ended March 31, 2019 in a press conference today. Video from the press conference is available below.

Thank you for waiting. I am Akio Toyoda.

First of all, as in past years, I would like to express my deep appreciation to all our customers around the world who have purchased our vehicles, as well as to all our dealers and suppliers who have made tremendous efforts to deliver smiles to each and every one of our customers.

I would also like to express my sincere gratitude to all of our shareholders, business partners and other stakeholders for their daily support of Toyota.

In Japan, the Heisei era has drawn to a close, and the Reiwa era has begun.

Having become president in June of Heisei 21, or 2009, means that I was granted the opportunity to take the helm at Toyota for the final 10 years of the Heisei era.

The first three of those years were intensely focused on crisis response, with our company being confronted by a fall into the red following the global financial crisis, a large-scale recall that started in the United States, the Great East Japan Earthquake, flooding in Thailand, and other issues.

Although that was a very difficult period, it was also a period in which our company, faced with quite a number of crises, was able to strengthen its sense of unity and my ability to unite.

In my own way of expressing it, I keenly felt that "rapid growth inconveniences many stakeholders if it is followed by a rapid fall".

No matter how severe the management environment becomes, or, rather, the more severe it becomes the more we have to become a company that can steadily continue to grow, like how a tree accumulates growth rings.

"Sustainable growth" and "enhancement of competitiveness." During this period, I took these two concepts to heart and etched them into my mind.

Although I wanted to make this a period during which we could hone our inherent strengths―what it is that makes us Toyota―so that we could leap toward the future, my self-evaluation is that I was not able to sufficiently do this. What I strongly felt during the second three years was the difficulty of innovating when times are normal.

I believe it can be said that the most-recent four years of my 10 years as president have been a period in which our company simultaneously strived to get back what it is that makes us Toyota and to undergo a "complete redesign" toward the future.

Under the banner of restrengthening TPS and refining costs, we are working to thoroughly eliminate "waste, unevenness, and overburden", not only at our production plants, but also at our offices, at our technical workplaces, and elsewhere.

As I often say, because this is an era of profound transformation that could happen only once in a hundred years, and because change is what is demanded, it is necessary to make clear our unshakable foundation, in other words―the things that we must not change. That unshakable foundation consists of TPS and our ability to refine costs.

While steering Toyota's management over these 10 years, and with an awareness that we have entered an era of profound transformation, I have come to believe that my true mission is to completely redesign Toyota into a mobility company. A mobility company is a company that provides mobility itself and all kinds of services related to mobility.

The continued growth that the automotive industry has experienced until now has come within the framework of an established business model.

"Although there are many car companies, each brand differentiates itself and has its own customers." "If an attractive new model comes out, customers will buy it to replace their current vehicle." "Cars that are replaced become used cars, which have their own market." "Even after a car is bought, there is an established value chain that includes insurance, maintenance, and others."

I think this is a very well-constructed business model.

However, due to technological innovations in the form of CASE, the very concept of the automobile is on the verge of changing. Cars from now, through information, will, by being connected to communities and to all kinds of services that support people's daily lives, become part of our societal systems.

This means that there is the possibility that the conventional business model of the automobile industry, itself, will fall to pieces.

If the concept of the automobile changes due to CASE, we must also change our business model.

First, I would like to talk about the things that we must continue to hone.

No matter how much the automobile evolves in the future, I think there is something that will never change. That is the fact that cars are used in the real world.

It is not as if we have been in the business of creating a single concept car. We have created a "real world", in which our products are produced by the millions and, once released into the world, can continuously be used safely and with a sense of security even 10 years or 20 years later. This is, by no means, something that can be achieved easily.

I view that our competitiveness, which we have cultivated in this real world, largely consists of three strengths.

The first is "our manufacturing (monozukuri) capabilities based on TPS".

As I have already mentioned, this is truly the base of all of the competitiveness of the Toyota Group. It is something that we must continue to hone. It is an unshakable foundation.

In TPS, there is a saying: "Post-improvement is pre-improvement." In TPS, we are constantly changing the way we do things, based on the thinking that there is always a better way. Naturally, many times things do not go as planned. But we learn from our mistakes so that we can take the next steps towards achieving an even-better way.

I believe that innovation does not just come calling out of the blue. Improvement is what brings it. I think that the power of continuous improvement has been and always will be the source of the competitiveness that has supported our sustainable growth.

Furthermore, our initiative to strengthen our "manufacturing (monozukuri) capabilities" from the perspective of the entire Toyota Group is what I call our "home & away" strategy.

I believe our "manufacturing (monozukuri) capabilities" is only achievable because our group companies share a common language in the form of TPS.

The second is "the advantage of our global network", which is spread around the world.

Including our rental and lease outlets, in Japan there are 6,000 sales outlets for Toyota-brand vehicles and Lexus-brand vehicles, a number that grows to 16,000 when counted globally. And we also have a giant supply chain that includes our group companies and suppliers.

If we are able to use this network going forward not only to manufacture and sell vehicles but to also provide new services, our future possibilities will greatly expand.

From here on will be an age in which the difference between victory and defeat will be decided by the "last one mile", which will be our contact point with customers. In addition to cars, I think that having our own housing business and connected business will be a big advantage for us.

And I believe that, as we provide new mobility and new services from now, having customers around the world who trust Toyota is an absolutely irreplaceable asset.

These three strengths of ours, as an entity competing in the world of manufacturing, are powers that are our "real power" and that cannot be acquired overnight.

I believe that continuing to hone these "real powers" will also lead to heightening Toyota's own, original competitiveness.

Next, I would like to talk about things that we should change in line with the era of CASE, related to a transition in our business model, particularly related to the "E" in "CASE", with "E" standing for "electric", or more specifically, "electrification".

For sure, up until and including hybrid electric vehicles (HEVs), I believe that this business model was valid. But this might not remain so when it comes to FCEVs and BEVs, which require new infrastructure.

In advancing the introduction of FCEVs and BEVs, we once again asked ourselves exactly what it is that we should do. We went back to our origins and found that "gaining widespread acceptance" is the answer.

If environmental technologies fail to gain widespread acceptance, they will not be able to contribute to improving the Earth's environment. When that is understood, a new way of thinking becomes necessary.

Without clinging to passenger cars and sales to individual customers, we should work to gain widespread acceptance through the provision of commercial vehicles and also by working with government offices and fleet customers.

Without clinging to go-it-alone development, develop together with those who share the same aspirations. Rather than building up a wall around our patents, make them open and increase the number of our friends.

Sell not only cars, but also systems that match customers' needs, as a package.

In other words, I believe that transforming conventional concepts and broadly pursuing with openness contributions that will help improve society will lead to a new business model.

From here on out, we will be entering an era in which information will link all the items and services that support people's daily lives.

When thinking about our own business, not just treating cars as a separate business but thinking about mobility from a broad community-level and society-level perspective that includes cars, in other words, working from the concept of "connected cities", will become important.

When it comes to connected cities, I believe that competition and cooperation, especially the spirit of cooperation, will become important.

Japan is a country that keenly understands this, and so might global companies that started and grew in Japan.

I believe that the approach of keeping everything under the same roof in line with conventional capital theory is not, in the true sense, creating friends.

And I believe that what is required of us is that we cooperate, while sharing our goals regarding what kind of future we want to create, recognizing each other's strengths, and strengthening each other's competitiveness.

Toyota alone cannot create the future that it desires. As such, we will broadly seek friends who share our aspirations.

I would like to strengthen coordination not only with Toyota Group companies but also with other car manufacturers, as well as with friends who will provide all kinds of services that will support connected cities.

In pursuing such initiatives, I believe that the road will open up to us towards becoming a mobility service platform provider ("platformer"), which is the business model that we are aiming for as a mobility company.

Although I have spoken about various things, an era of profound transformation is also an era in which the right answer is unknown. At any rate, if we think something is good, we have to give it a try. If we realize we've made a mistake, we need to pull back and search for another way. I think it is important to "think while trying".

Having a company that has experienced success undergo a "complete redesign" is something that will definitely take a long time. However, merely depending on the business model of the past will not lead to the future.

While responding to fast-paced changes in the environment, we will move forward with innovation initiatives with a mid-to-long-term view and an unshakable foundation.

Please look forward to our future, and please continue to offer us your warm support. 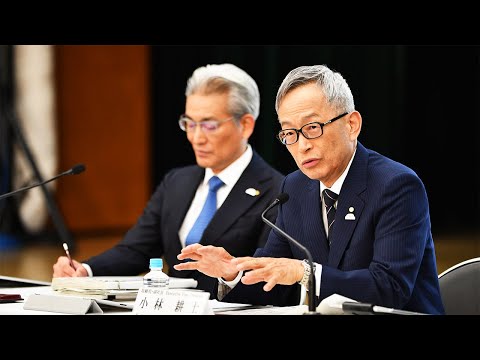 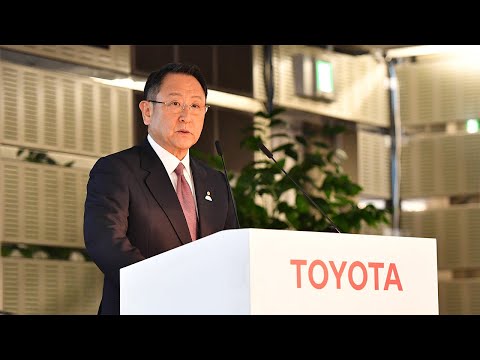