Toyota City, Japan, April 25, 2019―Toyota Motor Corporation (Toyota) announces today that it has completed work on the central section of its new research and development facility, named Toyota Technical Center Shimoyama, located in a mountainous area straddling the cities of Toyota and Okazaki. This section, which primarily features a winding country road test course, will begin partial operations today. By opening this new proving ground in a location approximately 30 minutes from its Toyota City Head Office, Toyota is intensifying its dedication to building ever-better cars by honing them thoroughly under exacting driving environments.

As the automotive industry faces a once-in-a-century transformational period, Toyota intends to further raise the bar in terms of driving performance, environmental friendliness, and safety to build the cars of the future. To help provide ever-better cars to customers all over the world, Toyota is continuously working to strengthen the research and development capabilities of its Head Office region in Toyota City. Toyota plans to invest a total of around 300 billion yen in the new facility up to its full-scale opening in fiscal year 2023, and is continuing to acquire the necessary sites and build a wide range of test facilities. After completion, some 3,300 people should be employed at the site.

The section of the facility that opened today features a 5.3-km country road test course. Based on long experience of the Nürburgring Nordschleife, which is famous throughout the world for its grueling driving conditions, Toyota has designed an exacting test course that takes advantage of local topography and features a roughly 75-meter change in elevation between its highest and lowest points, as well as a wide range of curves and corners. Around 50 people will start working at the facility today, most of whom are test drivers.

Located in an open environment surrounded by greenery, the completed facility in 2023 will also include an eastern section featuring a high-speed test course and specialized courses that reproduce particular road surfaces from around the world, and a western section that includes vehicle development facilities.

Commemorating the completion of the new facility, Toyota President Akio Toyoda made the following statement: "I would like to express my sincere gratitude to Aichi Prefecture, Toyota City, Okazaki City and, above all, to the local residents of Shimoyama for their invaluable assistance, consideration, and cooperation over a long period of time from the concept stage to the building of Toyota Technical Center Shimoyama. With the aim of making ever-better cars, we have continued to make various efforts in "feeling the road" and "conversing with cars" through driving tests around the world, including our Five Continent Drive Project and the Nürburgring 24 Hours endurance race. Based on such experiences, we have replicated a variety of roads in the world at the new test course. In addition to conducting driving tests all over the world, and with the replication of severe driving conditions at the new test course, we intend to thoroughly hone every one of our models and develop the types of cars that epitomize the true joy of driving. As connected, autonomous, shared, and electric (CASE) technologies promise to transform the very nature of mobility, Toyota will remain true to its strength of building cars through genchi genbutsu and delivering emotional performance, and will continue to make every effort to bring a smile to the faces of our customers, regardless of the form that cars take in the future."

By the time this new facility becomes fully operational in fiscal year 2023, we intend to develop a test course for high-speed driving evaluation and a specialized test course that replicates unique roads in the world in the eastern section. Facilities for vehicle development are planned for the western section. Overall, we intend for this new facility to be part of an open environment surrounded by greenery. Environmental conservation was a foremost consideration in the construction of this new research and development facility. Around 70 percent of the total site area (approx. 650 hectares) consists of the original trees and greenery that were preserved, in addition to newly developed green spaces. Full consideration is being given to maintaining and managing the natural environment. Toyota intends to continue cooperating with experts, local governments, and communities in the vicinity of the facility to conduct environmental conservation initiatives in the forests and valley bottom rice fields of this valuable satoyama (a Japanese term referring to hills and forests located near communities that are deeply linked to human life) ecosystem. 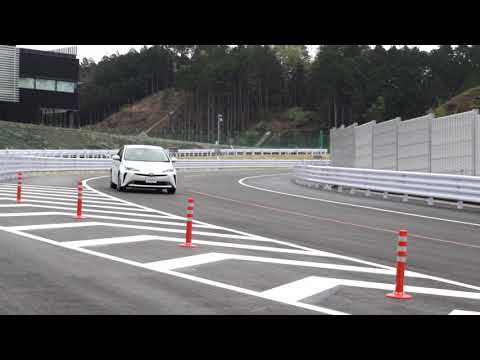