Hello, everyone. My name is Shigeki Tomoyama, and I am President of GAZOO Racing Company. I would like to begin by thanking all of you for coming here today. Last year was particularly fruitful for TOYOTA GAZOO Racing. We started the year by achieving overall victory at the Dakar Rally. In the FIA World Endurance Championship (WEC), we secured both the team and the driver championships, and we won the 24 Hours of Le Mans for the second consecutive year.

Having clinched the manufacturer's title in the World Rally Championship (WRC) in 2018, in 2019 we won the driver's title―our second championship in two years. Meanwhile, in Japan, we won series titles in the Super GT, Super Formula, and Japan Rally Championship. Through our successes, I believe we strengthened the association between Toyota and motorsports even more in 2019, both in Japan and overseas.

Just like last year, this year TOYOTA GAZOO Racing will once again concentrate on its motorsports activities. The season started with the Dakar Rally, which concludes next week. Attention will undoubtedly center on Fernando Alonso. He was at the forefront of our 24 Hours of Le Mans victory in 2019, and he is now competing in the Dakar at the wheel of the Toyota Hilux. Be sure to follow Feranando's strong performance, along with last year's Dakar Rally winner Nasser Al-Attiyah!

We are also currently right in the middle of the WEC season and, despite the implementation of a severe success handicap system, we have somehow managed to cling on to a top-three position so far. This season will be the last for the TS050, and we hope to crown its career with a third successive victory at the 24 Hours of Le Mans, before passing the baton on to the all-new GR Super Sport*1, which will take part in the Hypercar class*2 next season. We have already announced that we are considering the launch of a road-going version of the GR Super Sport―please stay tuned for further updates.

Regarding WRC, I am sure that you all know by now that our lead driver, Ott Tänak, is moving to one of our rival teams. When news of his transfer was made public, many of fans expressed misgivings: "What is Toyota going to do?!" However, as you may know, we are signing Sébastien Ogier, one of the superstars of the WRC scene, and we intend to compete next season with an all-new driver line-up. We will give a presentation with our new team in today's afternoon session, and I hope you will take the time to attend. As far as domestic motorsports are concerned, it goes without saying that the biggest news is the GR Supra's debut in the SUPER GT GT500 class. At present, we are steadily carrying out tests on the new machine. Testing of the new machine is making steady progress, and we hope to make a huge impression on our rivals and create a new Supra legend in its very first outing.

Our policy at GAZOO Racing Company is to use motorsports to refine our knowhow and personnel with the aim of launching world-class production sports cars. This is something I have stated many times before. We carried out the first part of this policy last year when we resurrected the GR Supra for the first time in 17 years. Just before we announced its return, a nearly normal prototype completed the 24 Hours Nürburgring, demonstrating the distinct superiority of its driving performance.

Indeed, at the end of last year, the GR Supra won THE GOLDEN STEERING WHEEL 2019, one of the most prestigious automotive awards in Germany. Germany is one of the automotive world's powerhouses; the fact that the GR Supra overcame BMW, Porsche and other automakers to win the sports car category indicates that its outstanding performance has been recognized in Europe, perhaps the center of the automotive world. We are delighted.

If the GR Supra is a sports car that was developed through track racing, then what sort of car will TOYOTA GAZOO Racing devise through its participation in rallies? The answer to this question is something that many of our fans have been waiting for.

The WRC uses cars based on production cars, and the rallies themselves take place on the same roads used by the general public. Rallies are extremely demanding events, in which cars attack various roads around the world at full speed. If we intend to refine people and refine cars through motorsports, and if we intend to use motorsports as a foundation for "making ever-better cars", then the WRC is the ultimate battlefield.

For this reason, I am delighted to be able to announce to everyone here today a car that was forged through the WRC, a car that was developed to fight: Ladies and Gentlemen, this is the all-new GR Yaris, also known as Yaris GR-FOUR.

What do you think? BORN FROM WRC! The development concept for the car is clear: the GR Yaris is a weapon to ensure that Toyota remains king of the rallies.

President Toyoda and Tommi Mäkinen met in Finland in the summer of 2014. They got on well and made the choice to participate in the WRC together. In autumn 2016, after test-driving a WRC test car, Toyoda ordered the development of a production 4WD sports car capable of competing in rallies across the world―and capable, in the future, of becoming the base for an extremely competitive World Rally car.

This would be Toyota's first genuine 4WD sports car since the Celica GT4-FOUR some 20 years ago! Everyone was incredibly motivated. And yet, Toyota lacked knowhow and its engineers lacked experience. For this reason, there was a great deal of trial and error initially. Our first prototype would not turn―it wouldn't turn at all… but then, suddenly, it would go into a spin. Then, no sooner had it returned to the pits than the oil began to flow in the wrong direction and there was smoke everywhere… We were faced with a catalogue of problems! How could we create a 4WD sports car that could be controlled intuitively? The engineers, test-drivers, professional drivers, and even I, the president, worked together and, through a process of experimentation, slowly completed the car. In fact, it has not yet received a passing grade from Master Driver Morizo. We will continue to make improvements right until the launch. In this afternoon's talk show, those who worked on the project will speak passionately about the various difficulties we encountered.

In the end, the GR Yaris evolved into a "super hot hatch," a type of car that would previously have been unthinkable for Toyota. The GR Yaris features a 1.6-liter turbo engine and the "GR-FOUR" full-time 4WD system, which together generate 272 horsepower... To support this powertrain, in the rear we fitted a special double-wishbone suspension and created an axle track wider than the 86. In order to keep the weight low, the front hood, door panels on both sides, and back panel are made of aluminum, while the roof is carbon. We also focused on optimal weight distribution, for example by placing the battery in the rear of the car.

I have emphasized the fighting strength of the car; however, the GR Yaris will also show many of our customers how enjoyable driving can be. It is a car that will make them think, "With the GR Yaris, I want to drive along snow roads that I've never driven before, and I want to try my hand at rallying." Indeed, there is no doubt that the GR Yaris will inspire in our customers the notion of "FUN TO DRIVE AGAIN." Let's now watch a video message from Morizo.

This goal also resulted in significant changes to the car's production lines, as well as its development process. Toyota took the opportunity presented by development of the GR Yaris to establish a new GR factory―a line dedicated to producing GR sports cars. The factory comprises a number of different cells connected by automatic guided vehicles (AGV) and includes conveyor-less body and assembly lines. These measures have enabled us to produce highly rigid bodies―essential for sports cars―and to realize highly accurate assembly, both of which are difficult to do on standard production lines. In addition, the lines are capable of catering to multi-type, small-lot production―which is commonplace when producing cars in low quantities―without reducing productivity.

We gathered highly-skilled workers from throughout Toyota at this plant, which is also used for handing down technical skills to other workers. From mass production to thoughtful multi-type, small-lot production... evidently, GAZOO Racing Company is also taking up the challenges of new manufacturing methods.

The GR Yaris had its world premiere today. However, we have already received an unprecedented response. We are planning to commence sales around summer of this year but, in order to cater to our customers' expectations, we intend to begin accepting pre-orders in Japan starting today.

The model on display here is, in fact, a "First Edition" model available only to those who pre-order. We developed this limited-edition version to commemorate the launch of the GR Yaris, and it features, among other things, a matt-black rear spoiler and wheels. This limited-edition model will be available for pre-order in Japan on the TOYOTA GAZOO Racing website from today until June 30. We are also planning to offer invitations to advance test-drive events and special gifts to customers who place pre-orders. I encourage you all to take advantage of this opportunity and reserve a First Edition model.

The GR Yaris is Toyota's first 4WD sports car―and first WRC homologation model―in 20 years, since the Celica GT-FOUR dominated rallies around the world during Toyota's WRC Golden Age. Now that we have entered the era of CASE*3, some people may question whether it is necessary to develop such a sports car.

I would like to share with you what President Toyoda said at last year's Tokyo Motor Show, when he introduced the e-RACER, a personal mobility vehicle of the future:

"In the mobility society of the future, will cars continue to be privately owned? The answer is 'Yes.' As shared mobility becomes more commonplace, people will desire personal mobility even more."

What is indispensable for personal mobility? While it is vital we consider safety and the environment, we must not lose sight of the fact that mobility ought to be "Fun To Drive." In every age, humans have had a universal desire to travel a little further, with greater freedom, at greater speeds, and in greater style. Cars are not something simply to be ridden in, but are to be driven. Cars that fulfill these desires inspire passion and excitement, and the GR Yaris has been developed to re-awaken this long-forgotten je ne sais quoi.

The WRC will return to Japan this year. In combination with this historic event, we very much hope that the Yaris GR-FOUR will launch a new era of Toyota's "Fun To Drive." In the coming 100 years as well, TOYOTA GAZOO Racing will continue to compete so that it can remain a presence that brings excitement to children. We look forward to your continued support and cooperation. 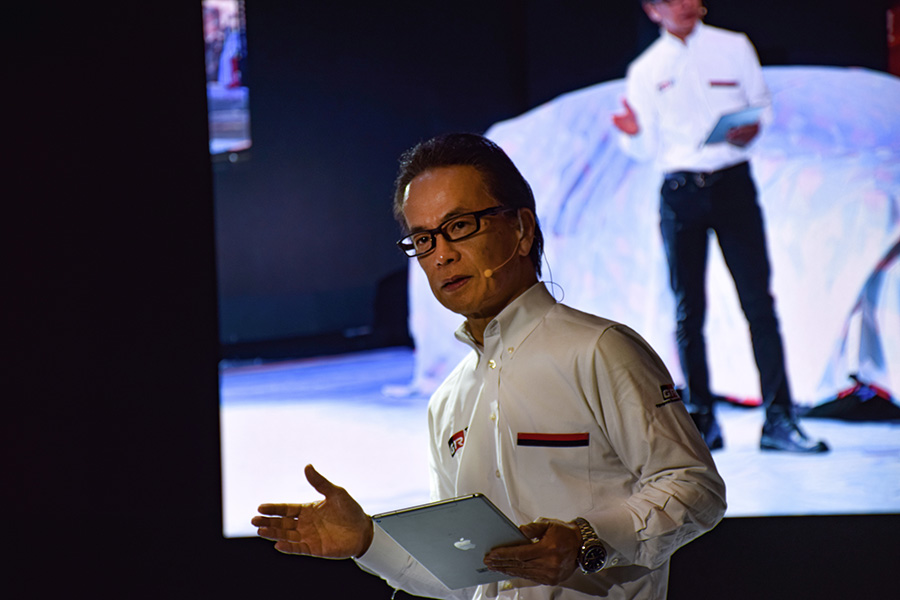 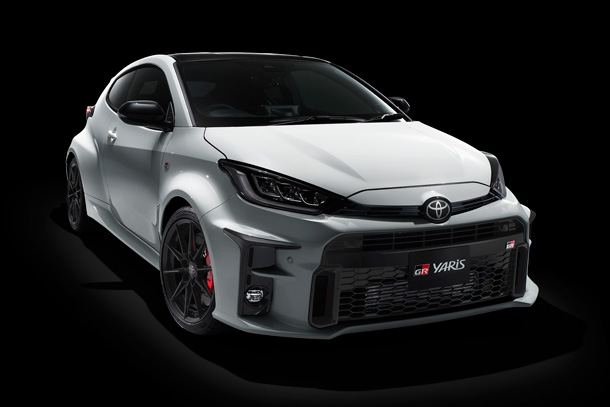 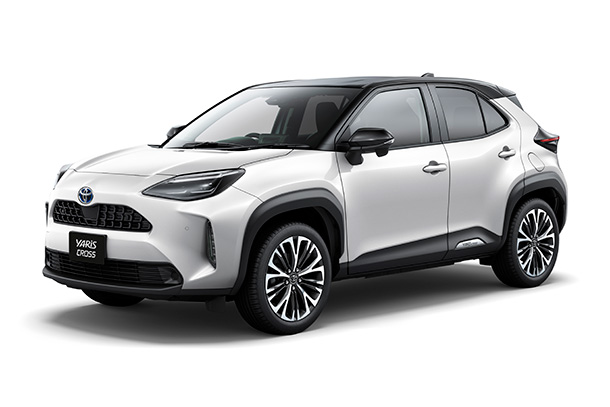 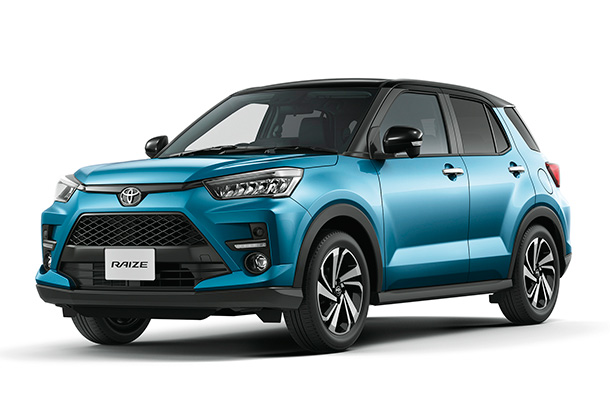 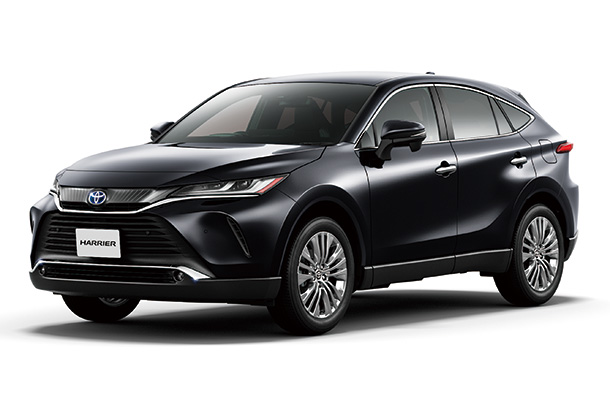 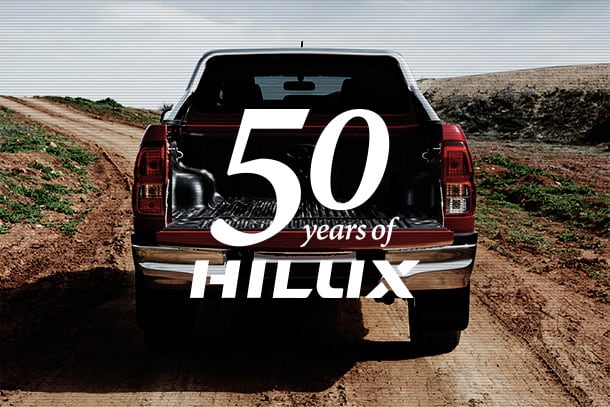 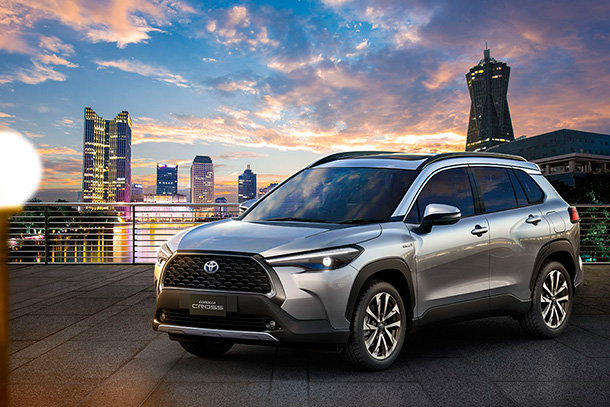